Hemostasis is a process which causes bleeding to stop, meaning to keep blood within a damaged blood vessel. Fig.1 and its legend briefly describes this complex process. 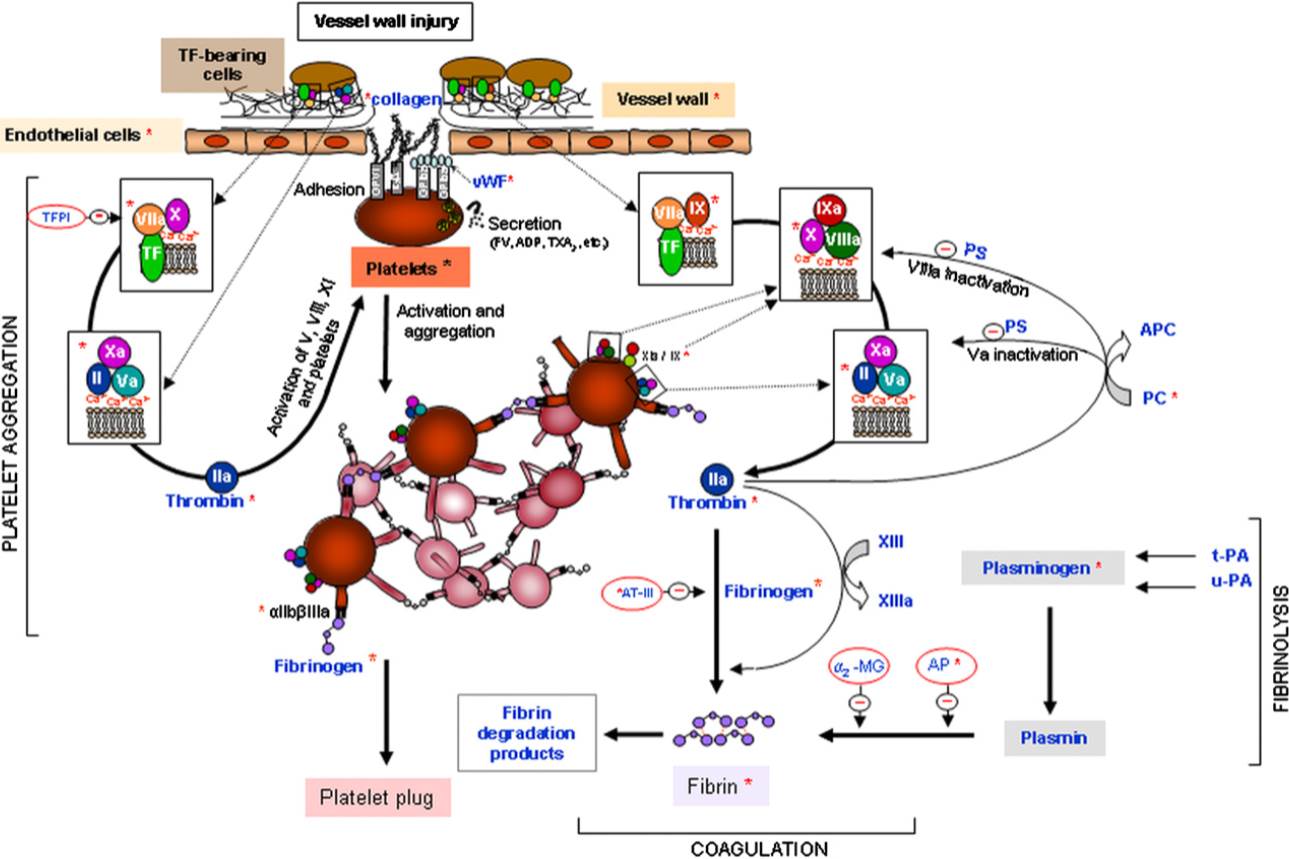 Figure 1: The cell-based model of hemostasis shows the different components of the hemostatic system that are affected by snake venom proteins (Reprinted from Toxicon, Sajevic et al., 2011, © 2011, with permission from Elsevier.)

Platelet aggregation: Following vessel wall injury, platelets bind to exposed sub-endothelium. Through receptors on their plasma membrane - glycoprotein complex GPIb-V-IX and GPVI and integrin α2β1 - platelets interact with vWF bound on the exposed collagen or directly to the collagen. Platelets are activated on binding. They change their shape from flat to spherical and numerous pseudopodia bursts. They release different mediators, e.g. ADP and thromboxane A2, and start to synthesise prostaglandins. Released molecules bind to receptors on neighbouring platelets and activate them. Activation of fibrinogen receptor GPIIb/IIIa on subsequent fibrinogen binding cross-links platelets and forms the plug.
Coagulation cascade: Following damage to the blood vessel wall, the cells bearing tissue factor (TF) (smooth muscle cells, macrophages and fibroblasts) come into the contact with coagulation factors in the blood. TF in complex with FVIIa activates minute amounts of FIX and FX. FXa activates prothrombin into thrombin which activates platelets, FV, FVIII and FXI. Additional FIXa is formed by FXIa, bound to platelets. On the surface of platelets, FIXa forms a complex with FVIIIa, which activates FX. FXa complexed with FVa then produces large amounts of thrombin. Thrombin converts fibrinogen to monomeric fibrin that polymerizes to fibrin fibres. These are cross-linked by thrombin activated FXIII.
Fibrinolysis: Tissue plasminogen activator (t-PA) and urokinase (u-PA) activate plasminogen to plasmin, which then degrades the fibrin clot. Regulation of coagulation. The coagulation is regulated by inhibitors of coagulation factors, such as anti-thrombin (AT), anti-plasmin (AP) and α2-macroglobulin (α2-MG). The most important inhibitory mechanism is the protein C (PROC) anticoagulant pathway that is activated at the same time as the activation of coagulation factors. On the surface of non-activated endothelial cells, thrombin binds to thrombomodulin and activates PROC (APROC) which then, in the complex protein S (PS), cleaves FVa and FVIIIa.

In other venomous species, only a few toxins have been described to impair hemostasis.

Not in a family

Phospholipase A2 family, Group I subfamily